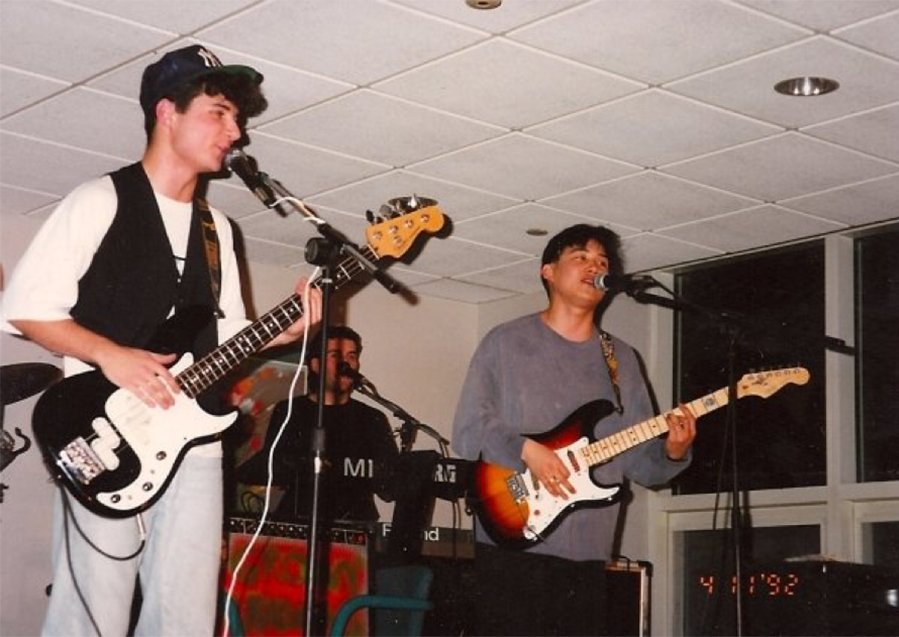 In college, Jason took a departure from the pop/rock sound of TDM. Jason, as a music major, co-founded the reggae/ska/funk group, “The Groovy Buddhas” in the Schenectady/Albany area.  Their James Brown-inspired song “Shake Your Butt” earned them significant local college airplay, and before long the group was playing extensively in Albany, Saratoga Springs, and NYC. Taking a team approach to song writing, the band’s originals were well received, which were always looking to do something a little different than simple mainstream music. 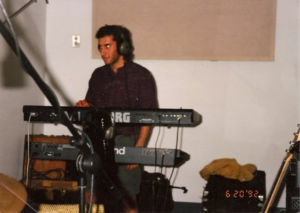 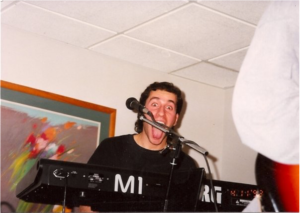 The band also had well-received funk remakes of several cover songs, including the Beatles’ “Drive My Car”, Peter Gabriel’s “Sledgehammer”, and Falco’s “Der Kommissar”. Besides Jason’s synth and piano abilities, Jason used organ sounds often for this style of music, even experimenting with running his keyboards through a wah pedal for solos. Word of the band made it to NYC, where the band was invited to play at The Underground and CBGB’s- all by a cassette demo!