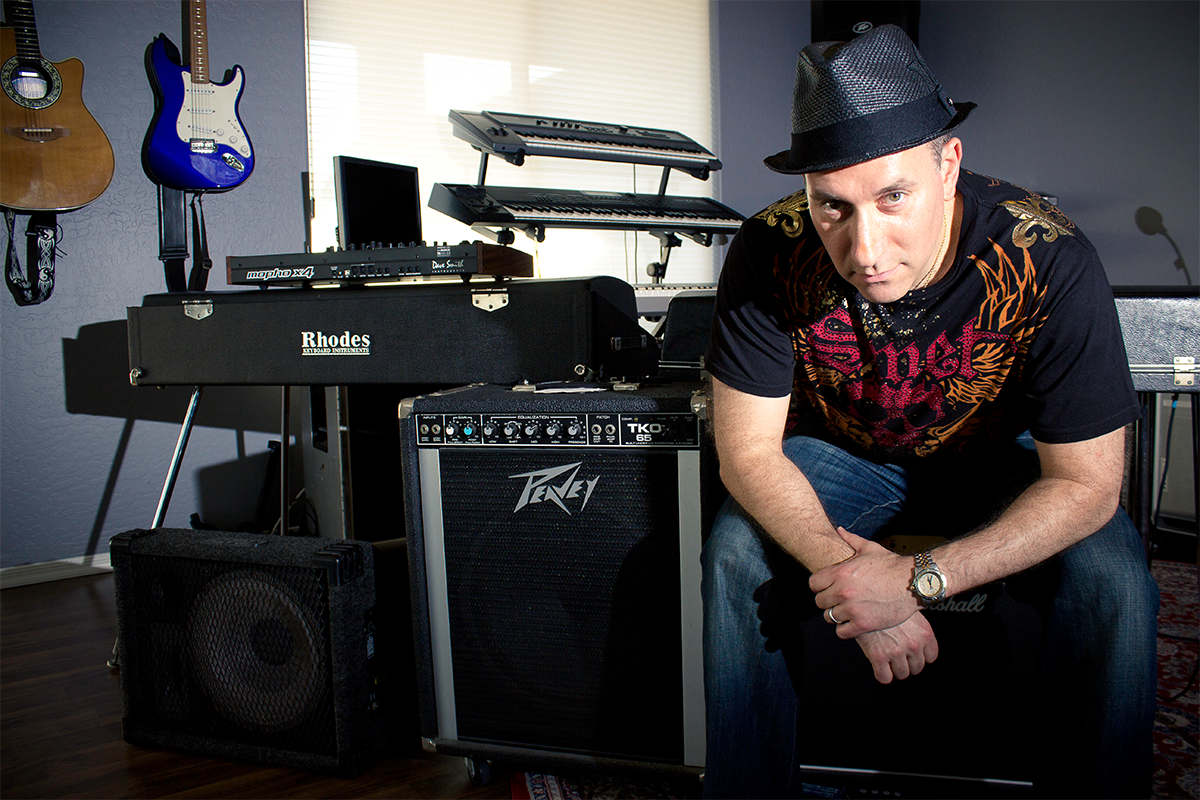 Jason, originally from Brooklyn, New York, started piano lessons at age 7. Briefly leaving the NYC area, he went on to co-found the Buffalo-based rock/pop band “TDM”.  Insisting on original music, the female-fronted quintet quickly garnered local attention, appearing on local radio and television’s Eyewitness News.  After their studio debut, TDM went on to perform extensively in the western NY area, and opened for Helen Reddy, The Scintas, and Ronnie Milsap, among others.

Jason, as a music major, then co-founded the reggae/ska/funk group, “The Groovy Buddhas” in the Schenectady/Albany area.  Their James Brown-inspired song “Shake Your Butt” earned them significant local college airplay, and before long the group was playing extensively in Albany, Saratoga Springs, and NYC.

During his college and graduate school years, Jason also was quite involved in the college a cappella scene, performing, directing and arranging for several groups, which ultimately led to a performance in Carnegie Hall. Jason was also privileged to be a part of a multi-university performance of Mozart’s Requiem with a professional orchestra at West Point Military Academy’s beautiful chapel. Jason regards this as one of his favorite non-rock band experiences. Another high point during this time was studying traditional Japanese music while living in Osaka, Japan.

Once done with school, Jason co-founded the progressive/pop band “Days Before Tomorrow”. Working tirelessly in Wayne, New Jersey, Jason and the band moved forward releasing their self-titled debut EP in 2006. The self produced CD, in combination with the band’s remake of Nelson’s “After The Rain” on Main Man Records landed the interest of legendary rock producer Ron Nevison (Led Zeppelin, The Who, Heart, Jefferson Starship, Europe, Kiss, Damn Yankees, and more), and Grammy award winning engineer Earl Cohen (Lady Gaga, Christina Aguilera, Usher, Will Smith, Tina Turner) who both went on to produce and engineer the band’s first full-length album, The Sky is Falling.

Cohen first began working with Days Before Tomorrow in 2008 while they were recording a single for the compilation CD, Hair Apparent: The Main Man Records Tribute to Hair Bands.The first track, which Jason co-wrote, “Can’t Do Anything,” was a political statement disguised as a jaded love song, and received an honorable mention in Billboard Magazine’s 14th Annual Songwriting Contest.

In August 2008, a demo recording of the song “Sleepwalking” (from the band’s 2009 CD, The Sky Is Falling, of which Jason wrote or co-wrote 10 of the 13 songs) received an honorable mention in Billboard Magazine’s 15th Annual Songwriting Competition. Jason, of course, also performed on the CD, and a number of tracks were recorded at The Operating Room, Jason’s recording studio, as well.

RECORD OF THE YEAR

In 2009, The Sky Is Falling won Record of the Year at the 2009 LA Music Awards. Jason looks at the experience as a time of tremendous growth and development, and is thankful to have worked with some very talented people.

THE CREATION OF THE OPERATING ROOM AND BUCKYTUNES

Despite his success on the East coast, Jason relocated from the tri-state area to Arizona for his primary residence and studio location, but still maintains a residence in Manhattan, which he visits regularly. Jason’s latest endeavors include the creation of The Operating Room, a Pro Tools based professional recording studio, and further development of BuckyTunes Publishing, LLC.  Jason is an ASCAP member as well.

Promise has worked alongside world-renowned producers and writers such as Ced Solo, the Platinum Producer for Genuine, Anthony Hamilton, and Kelly Rolland. He has also written for, and recorded songs by, P. Diddy’s go-to writer, “Lo”. More about Promise can be found at www.promisesworld.com.

In early 2015, Promise and Jason’s single “A Millions Signs“, received airplay on the radio. They began performing live to promote their music as “A Million Signs” charted at #35 on the R&B charts.

Since January 2014, Jason has also had the pleasure of playing keyboards for long-time friend and band-mate Matthew Facciolla, in the Matthew Facciolla Band.  Matt has opened for One Republic, Foghat, The J. Geils Band, and Joan Jett, and his third album is soon to be released.  Matthew’s single, “Shake the Walls”, has been licensed by NBC for widespread television use, with several more songs planned for licensure by NBC’s request.

Matthew has asked Jason to be his keyboardist, which has been very exciting and led to recording songs for the upcoming album at GCR studios in Buffalo, produced by the Goo Goo Dolls.

Jason continues to write, record, and perform, and is excited about new projects with James Linton of Soundwaves Recording Studio and playing keys on the upcoming album from Paul Barrett and One World Government. More great things coming!

When not in the studio or on stage, Jason is also the Senior Keyboard Editor for MusicPlayers.com, an online music magazine for professional musicians.